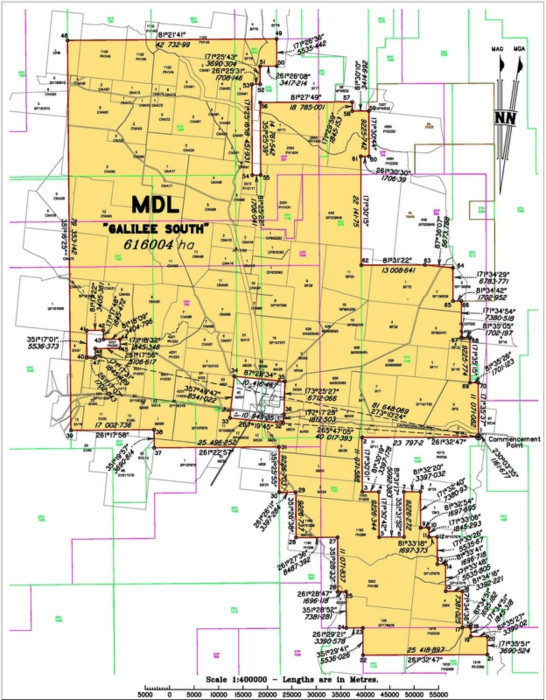 The proposed mining and development stages commence with an open cut mine in the north east of the MDL area, progressing west to an underground coal mine, then progressing west and south to de-gassing of the coal to supply a power plant (Galilee Power) and then in situ coal to liquids in the western and southern portion of the MDL area, utilizing the deeper coal seams.

This MDL application known as Waratah’s ‘Galilee South’ will be the first of two MDL applications and form part of the larger Waratah Galilee Project.
Waratah is well advanced on its development plan for Galilee South with its Stage 1 flagship projects the Galilee Coal Project and Galilee Power both having been granted ‘significant project’ status by the Coordinator-General of Queensland in November, 2008, and September, 2009, respectively.

Within the MDL application area there are Native Title groups consisting of the Wangan and Jagalingou People, the Bidgara People and the Iningai People. A relationship has been built between Waratah and the Native Title parties and Waratah has undertaken to ensure that exploration activities do not harm Cultural Heritage.

The Galilee Basin with its thermal coal and gas resources will be a source of revenue for the local, Queensland and federal governments and will provide a sustained economic boom for Queensland and local people for decades.

The life of this project can reasonably be projected to be in the order of 100 years.
It is considered through employment, financial benefits from royalties, the proposed rail link, power station and new port facilities that the project will positively serve the public interest.